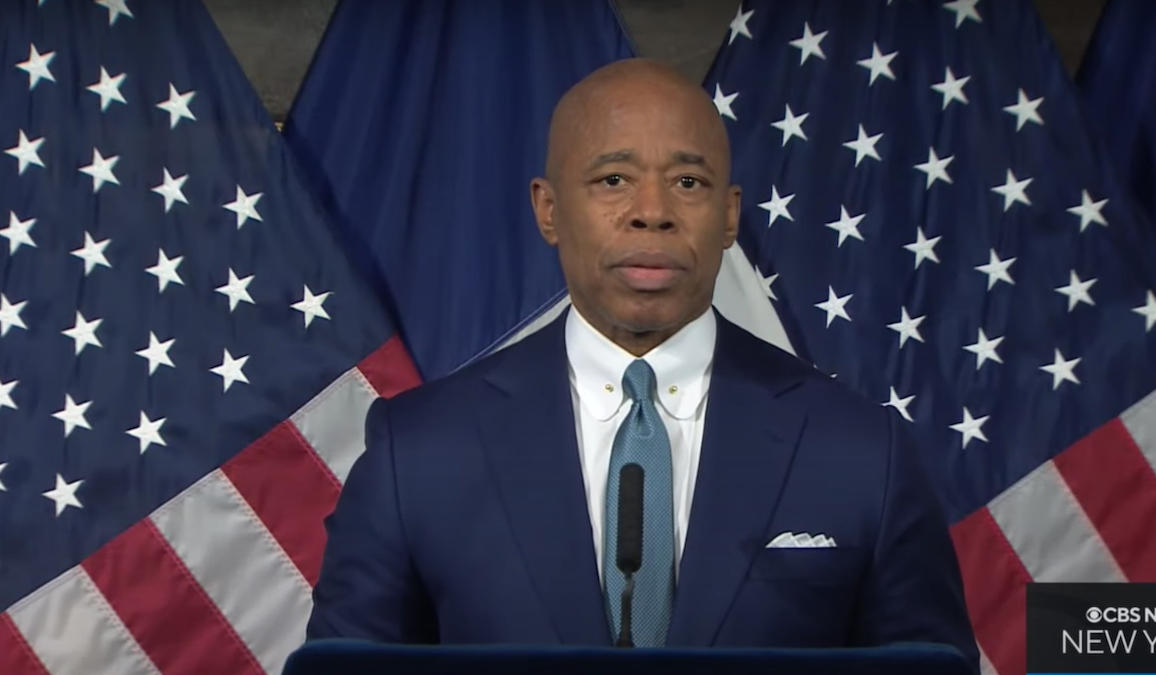 “We are alarmed by the use of social media to really over-proliferate this violence in communities,” Adams said, adding that he had no idea what drill rapping was until his son, Roc-Nation’s Jordan Coleman, showed him videos.

In the past decade, rappers like Chief Keef, Lil Durk, and the late Pop Smoke have brought the drill subgenre from the underground into a mainstream craze. A successor to trap music and gangsta rap, drill is defined mostly by its nihilistic and often violent lyrics. Thanks to social media, drill’s popularity has increased exponentially in just a few years.

Adams said he plans to meet with employees of social media companies and encourage them to filter drill rap videos from their websites. “You have a civic and corporate responsibility,” Adams said. “We pulled Trump off Twitter because of what he was spewing, yet we are allowing music [with] displaying of guns, violence. We’re allowing it to stay on these sites.” Watch a clip of his speech below.

Adams, a former police officer who supports the historically ineffective stop-and-frisk program, is perpetuating a harrowing pattern of NYPD targeting rappers. Back in 2019, Rolling Loud New York removed five rappers from its lineup, including Pop Smoke, per the request of NYPD: “If these individuals are allowed to perform, there will be a higher risk of violence,” assistant chief Martin Morales wrote in a letter to Rolling Loud.

The murder of New York rap legend Notorious B.I.G. in 1997 prompted NYPD to form their “rap intel” unit, a subset of their Gang Intelligence Unit. That group has since evolved into the Enterprise Operations Unit, which has been known to surveil rappers and place undercover cops at their performances, earning them the nickname “hip-hop police.”

Banning drill rap videos from social media won’t decrease violence in New York City. What will keep communities safe is having basic needs met, such as housing, healthcare, and a livable minimum wage — and the likelihood of a mayor who refers to blue-collar jobs as “low skill” doesn’t seem interested in making that happen.

“We pulled Trump off Twitter … yet we are allowing music displaying of guns, violence.”

— NYC Mayor Eric Adams (D), after his son sent him drill rap videos, says he will try to get the videos banned from social media. pic.twitter.com/ATGmhpi4Bo

New York City mayor Eric Adams wants to ban drill rap videos from social media, he said in a speech Friday (February 11th) following the shooting and death of 18-year-old drill rapper Chii Wvttz. “We are alarmed by the use of social media to really over-proliferate this violence in communities,” Adams said, adding that he…